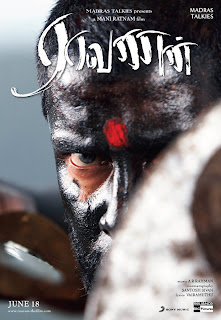 As Vinavu has changed the content of the original post, I believe I am obliged to reciprocate that good deed.
As of June 08 2010, Vinavu has given the following statement.
நர்சிம் விவகாரத்தில் சந்தனமுல்லை தெளிவாக தன் நிலையை விளக்கிவிட்டார். இது தொடர்பாக வினவில் வெளிவந்த கட்டுரை பல உறுதிப்படுத்தல்களுக்குப் பிறகே வெளியிடப்பட்டாலும் சில விசயங்களுக்கான ஆதாரங்களை பொதுவெளியில் வைக்க இயலாத சூழலில் பதிவுலகம் இருக்கிறது. இந்த நிலையை பதிவர்களும், வாசகர்களும் புரிந்து கொள்வார்கள் என்று நம்புகிறோம். எனவே 'சர்ச்சைக்குரிய' பெயர்களையும், அது தொடர்பான பின்னூட்டங்களையும் கட்டுரையிலிருந்து நீக்குகிறோம். இது தொடர்பாக மின்னஞ்சலிலும், அலைபேசியிலும் கருத்து தெரிவித்த நண்பர்களுக்கும், தோழர்களுக்கும் நன்றி!
True to their word, they have removed certain names and changed the words which inflicted so many scars on many unconnected people. Of course, they have removed the names, which I appreciate, but by no means it is going to compensate or solve the unnecessary complications it has created for those bloggers. And the mental pressure these bloggers endured during the last 5-6 days is totally uncalled for, and no words are ever going to soothe the scars. It's too big a price for being a blogger. Nobody should be forced to pay such a price, but they were.
With great power comes great responsibility. Internet, in particular blogs are a free playing field for everyone, but as I understand it, even greatest freedom has its own and very clear boundaries. The boundary lines are so simple and are drawn in bright red, but people are so adamant on not to see it. Poking nose into somebody's personal matter is a big no no, and pulling somebody's name in a very sensitive issue without their consent is something no decent people will do. For an instance, as my blog is in public, anybody who reads the post got the right to comment and criticise. But by no means, I repeat, by no means, anybody got any right to comment on my personal life. Simply, its out of question. And that's the boundary line. My real name, where I live, what I do for living, what caste I belong to (which is none if I have to say it), what religion I follow (which is atheism) should not matter to anybody reading my posts. But I understand, the lines are NOT really that clear in Tamil blog world.
I would like to thank all those people who phoned and emailed Vinavu. Thank you friends. This is what I had been shouting for ever since the first Vinavu post, written by (or partly written by) Mr. Sivaraman. I questioned about this in Sivaraman's blog itself, and Vinavu post also, but did not get any response from any of the parties. I did not have any personal agenda, but some of those unconnected people are my friends, and it would be shame on me if I just keep watching my innocent friends getting mauled for no reason. I know for sure, they are neither the reason nor anything to do with the core issue. It's good to see, at last (even though its extremely late by any standard) that they have relented. If only they have understood this right from the beginning so many unconnected people would not have been hurt, and the core issue would not have been diluted.
As of me, I am just an outsider like you, dont really know anything more than you do but what has happened over the last few days, does not inspire any confidence on anything related to blogging or bloggers. When I started blogging, by mistake I thought this would be a place to share thoughts, find some different views, and read some good literature...I was excited, b'cos as somebody living outside TN, its so interesting to share thoughts in Tamil. But I got to say, I have been proven wrong, wrong and wrong again. I keep trying to understand, but I keep failing. As far as I know, nobody ever made a million out of blogging. Nobody ever become a literary champion. Nobody ever made any significant change in the society. Even then, there are hidden agendas, back stabbing, name calling...all these are for what?? To what end? All these are for nothing? May be, there is something, which I dont know about. I admit my failure. As of current mood, I may or may not continue as a blogger. I am not sure, but I hope to keep visiting blogs as time permits.
Thats all I wanted to say. Thank you for reading.
(Sorry for using English..Just not in a mood to write anything at all, but felt I am obliged to say something because of my previous posts. I may remove them, if I feel to do so).
Posted by அது சரி(18185106603874041862) at 21:24 17 பேரு என்ன சொல்றாங்கன்னா.. 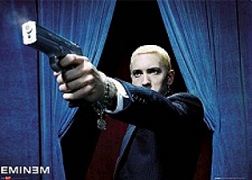